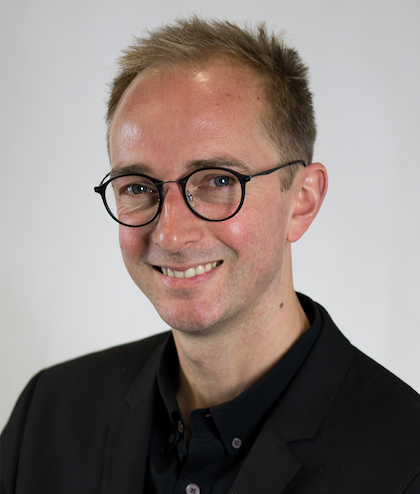 We live in a post-screen world of interactive systems where our kitchen appliances talk to us and our shoes vibrate when it is time to go for a walk. A challenge for design in the post-screen world is how to develop design methods, practices, and education for non-visual interaction with interactive systems. This talk presents over ten years of research into approaches to Sonic Interaction Design which combine Audio, Interaction Design, and Physical Computing to allow designers to explore the potential role of sound in interaction, and to sensitize designers to the use of sound for interaction. The approach foregrounds design explorations of the possible design connections between human action and sonic responses by interactive systems. This talk will present and discuss design and evaluation techniques that can be reliably used in these situations and show how Sonic Interaction Design can be informed by careful and rigorous consideration of human experience.

Nick Bryan-Kinns is Professor of Interaction Design and Director of the EPSRC+AHRC Media and Arts Technology Centre for Doctoral Training at Queen Mary University of London. He is Distinguished Professor at Wuhan University of Technology, and Guest Professor at Huazhong University of Science and Technology, China. He is Director of EECS International Joint Ventures, Fellow of the Royal Society of Arts, Fellow of the British Computer Society, Senior Member of the Association for Computing Machinery, and leads the Sonic Interaction Design Lab in the Centre for Digital Music. He has published international journal papers on cross-cultural design, participatory design, mutual engagement, interactive art, and tangible interfaces. His research has been exhibited internationally and reported widely from the New Scientist to the BBC. Bryan-Kinns was Deputy Dean at QMUL, held a Royal Academy of Engineering Industrial Secondment for commercialising academic research, and has provided expert consultation for the European Commission and National Science Foundation on Creativity and IT. He chaired the Steering Committee for the ACM Creativity and Cognition Conference series, and is a recipient of ACM and BCS Recognition of Service Awards. In 1998, he was awarded a PhD in Human Computer Interaction from the University of London.

Video is not available for this event.
Resources