Grassroots politics is driven by the philosophy of participatory democracy. A key principle of participatory democracy is inclusivity. Towards their goal of being an inclusive movement, grassroots groups want to build their power from the margins. Furthemore, building a grassroots movement is often not about a single leader, organization, or a predetermined goal. They want people from diverse backgrounds to have an equal voice in deciding on a collective goal for the movement. With my current research, I aim to inform social computing research how to design for the value of inclusivity, and by doing so effectively support the process of grassroots organizing. Towards this goal, I am doing action research with the Southern Movement Assembly - a regional movement of 100+ grassroots organizations from the US South. Some of my research questions guiding this work are: how do the Southern Movement Assembly practice the value of inclusivity in their goal of building up a regional movement? What are the social and technical systems that are currently supporting the SMA in their goal of being an inclusive movement? How can their sociotechnical practices of inclusivity inform future design for grassroots organizing? 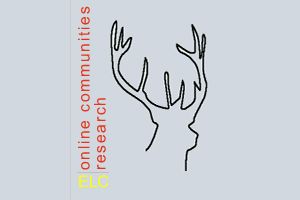 The concept that people learn best when they are making something personally meaningful - also known as constructionism - is the lab's guiding philosophy. Computer networks have the potential to facilitate community-supported constructionist learning. The Electronic Learning Communities Lab examines ways communities of learners can motivate and support one another's learning experiences.