Engineers are interested in solving some practical problem, such as capturing water vapor in arid regions. They intend to use biological analogs as a source of inspiration. Doing so, however, raises several problems. First, the biological literature is immense, and keyword-based search produces voluminous hits, but most of the retrieved documents are of no use. That is, there is a high recall but low precision. The second problem is that even when a document looks like it might be relevant, it is still burdensome for the engineer to make a determination. There are several reasons for this sub-problem. One is that the vocabularies used by biologists and engineers are quite different, even when the actual problem being solved is the same. Also, a significant part of biology articles is devoted to descriptions of experimental procedures, theoretical justification, and related work, rather than specific to the biological process being described. It is therefore doubly difficult for the engineers to derive what they need from the papers. The third difficulty with a keyword-based approach is that what is really being searched for is often only analogically related to the problem being solved rather than being directly expressed in the biology article. For example, the archetypical biological inspiration is Velcro, in which the engineering problem being solved is attachment, whereas the biological problem being solved by the burr is seed propagation. Keyword-based search is ineffectual where analogies are involved.

IBID directly addresses these three problems. It uses off-the-shelf NLP tools to parse documents but goes further by semantically analyzing them. In particular, both the query and target documents are mapped into a common vocabulary, using a taxonomy of function concepts we have developed. That is, we have developed a taxonomy of concepts related to the functioning of complex systems, including both biological and mechanical ones. The ontology serves to bridge the vocabulary gap between the biologist and the engineer. 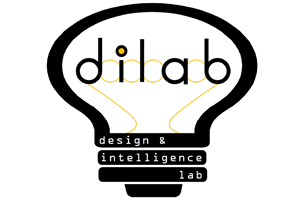